Vine is best when you’re Being John Malkovic

I think my Instagram feed was too weighted to people trying to achieve 1, e.g. Here’s a lovely sunset (satisfying on content alone.)

While theres some of this on Vine, I love how vividly those in my feed achieve function 2. Not since Twitter have I felt like I’m glimpsing these little clips of every day in a different head.

Perhaps it’s because Vines include many more ‘human’ variables. From how someone moves the camera to what they decide to film to whether they give themselves a starring role, these give me more of a feel of a moment (and a person) than a dodgy Instagram filter.

If you haven’t tried it yet, I recommend it. Since I like it so much, it’s almost certainly doomed to fail (see Google Wave) so perhaps best to enjoy it while we can… 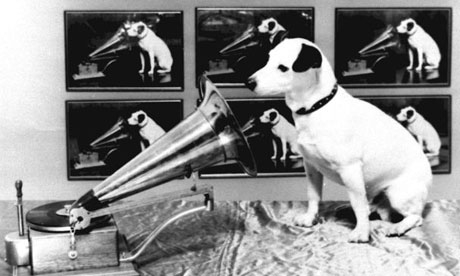 END_OF_DOCUMENT_TOKEN_TO_BE_REPLACED

Thoughts on ‘Culture Shock’ by Will McInnes

What are we working for?

As someone who just left an agency to craft my own role, it’s a question I’ve been considering myself a lot recently. Is the purpose of a company to create more and more profit? Is it to change the world? Is it to create something to fill your days with meaning and enough cash to enjoy life outside work hours?

The answer is going to be different for everyone but it’s one of my many questions that comes out of Culture Shock, a recent book by digital maestro Will McInnes, founder of Nixon McInnes. And I’m firmly of the belief that questions are a good good thing. END_OF_DOCUMENT_TOKEN_TO_BE_REPLACED

Beaten: Xbox Mini could give Apple TV a run for its money

Today, a lesson. Don’t leave blogs making predictions about tech in your drafts folder so long that the rumour mill of those ideas coming true catches up with you.

Looks like Microsoft is considering the Xbox Mini that I’d been toying with in the following post. See what you think…

Console and set top box manufacturers have been keen to rush into the main position under your primary TV, but most have kept cards relatively close to their chest when it comes to companion devices.

A console manufacturer such as Microsoft could launch into this space and provide more than just the same streaming abilities you get with the competition. Think “Xbox Mini” — a device that lets you shuffle your gaming session to a screen in another room. it would add a whole different kind of value for Xbox owners over competing consoles.
END_OF_DOCUMENT_TOKEN_TO_BE_REPLACED

Who do you trust with your data?

Thanks to the cloud, there’s basically no reason to lose important data ever again. Photos, phone numbers, videos, music – not only can you now store it out there in the ether but, in doing so, you open it up to a whole new world of possibilities, collaboration and accessibility.

But on the flipside, it feels like privacy concerns have never been higher around all this data.

So, unless you want to drastically compromise what you can do with those digital assets, you face a choice – which provider do you trust the most with your data? And how do you decide? END_OF_DOCUMENT_TOKEN_TO_BE_REPLACED

Having owned at least one of every generation of iPad so far, what is the iPad Mini like?

You remember that time I left my job and launched my own independent consultancy? Well, about that. It never actually happened.

Despite registering the company, hiring accountants, developing my business plan and doing all those things you do when you’re launching a campaign to take over the world, life happened instead.

Just as I was launching MaxTB Ltd and planning to go my own way, I got a call from the ever-charismatic Christian Lanng inviting me to join Tradeshift. Strangely, it’s almost exactly a year ago to the day that I became fundamentally sold on the idea that it’s a company that could change the entire world.

To cut a long story short, I start on October 1st after a couple of months obsessing over PR strategy, exploring places to work from (there’s no UK office) and working as a proper honest-to-God almost-a-real-journalist paid freelancer for Wired.co.uk.

What does Tradeshift do? If I’m doing my job right, either you already know or you’ll find out soon enough…

In the meantime, I’d also like to thank everyone who kindly got in touch hoping I might be able to do some work for them as MaxTB Ltd. Not exploring that avenue was sad sacrifice to make — but this job at this company is the only thing that could have distracted me from it.

Yesterday I was just thinking about going back to retroactively add in my technology history to my Facebook timeline after a comment from a Wired reader declared that technology journalists should make theirs public to provide context to their articles. Of course, I was going to set it as private and viewable just by me (and I think the suggestion is pretty ridiculous) but it was fun running through the years of gadgets in my mind and putting things like the Retina Macbook in context.

Which made me then think perhaps it would be cool to do the same with just general events from my life that I could remember — going back through my life year by year and adding everything I could think of for each. Again, stored privately but just like a private diary to check back on every once in a while to see how far I’d come.

And then, as if perfectly on cue, news started to spread that Facebook was somehow publishing users’ private messages posted years earlier on the service publicly for all to see on their Timeline. After some bouncing back and forth with friends, denials from the company itself and then closely scrutinising a couple from my own timeline, it seemed clear something fascinating but bizarre had happened.

END_OF_DOCUMENT_TOKEN_TO_BE_REPLACED

Fitbit, Klout and your data silhouettes I never thought the Fitbit would exactly change my life – indeed, I bought it over the competition precisely because it was the cheapest way to dip my toe in the water of the ‘quantified self’ while still being able to export data that wasn’t in a proprietary system like magic Nikefuel units. (Maybe also slightly out of new toy/ gadget lust.)

But it strikes me that what I’m getting out, while obviously not comprehensive or necessarily even accurate, does have some use to me. It gives me a game to motivate myself, a broad outline of activity and once the data adds up, potentially some interesting patterns to ponder and learn from.

Strangely, one of the clearest signals it sends are days when I don’t do anything. The difference between slightly active and hugely active days is less interesting to me than the binary contrast of seeing which days are a total failure.