Press releases are the selfies of the marketing world

The press release was a document born of necessity. Nascent public relations professionals realised the best way to get ahead of the story and speculation was to distribute a short statement of the facts. And it took off.

Over time, the format has become a hyper real pastiche. Many PRs don’t think you should even create them, while many startups and marketers believe they should be cranking them out because it shows what a real company they are.

In the mean time, the language of communication has changed and the means of publishing have spread. What was once the only way to market has become just one option. And it’s amplified by its contrast to the alternatives.

In the current communications mix, the press release has become a pouting, superficial self-portrayal — often largely unwelcomed, leaving the subject disparaged behind its back. Duck-faced brands smile on obliviously, instead of thinking about what would encourage someone else to hold the camera.

Let’s dig into this further.

Context as the subject

The issue with selfies is that, by definition, they more or less render context moot. You can be standing in front of the Great Wall of China but an arms-length framing is always going to make you an artificial focal point.

By contrast, if you turn the camera around, you’re presenting your viewer with your perspective on the world around you. Taking care to turn a quick snap into an artful composition shows them something about you without you having to tell them. And it respects their time and attention. It’s also harder to hide from the fact you’ve trotted out something pedestrian, derivative or uninteresting.

Similarly, most press releases ignore the bigger picture around them. Part of this is formal — they’re not really made for it. So why not just write an announcement post that puts your news in context? Why not write a series of them? Why not record a short video about why the news matters.

See if you can do it without using the words “excited to announce”. See how short you can keep it while making your point. See what other relevant articles you can quote and link to. Maybe interview someone involved and ask good questions. Think like a journalist.

But this can go too far.

There’s nothing worse than trying to write up a story from a document that buries and obfuscates its facts in reams of insignificant detail. Great photos don’t come with the details on ISO rate and shutter speed hidden “Where’s Wally” style somewhere on their canvas. These details are included like metadata through standards like EXIF — or key details are included on an accompanying note in the gallery.

Keep your facts clear. Try 3 credible, quantitative bullet points. Maybe you can use each as a heading for another sentence or two that provides more context but keep it short and link elsewhere if there’s more relevant detail.

Dividing facts and context means you can still reference the former in the latter but ensures they are at a reader’s fingertips when they need them. If the facts don’t show why your story is interesting, maybe it isn’t. This exposure of the truth alone may be worth the price of entry.

Confront it — and if there’s no way to express the story without achieving this, perhaps it’s time to consider another way to publish. A short interview might be a better way to express what makes this story point matter. Or maybe you should just release the data? Or perhaps it’s worth an email to a small subset of your customers/ audience?

There is no one size fits all. Beauty is in the eye of the beholder — but the facts should give you an apparatus to identify whose eyes to aim for next.

It’s likely the best photo of you is not a selfie. You probably aren’t looking straight at the camera. Maybe you didn’t even know they were taking a photo. You’re just doing your thing, perhaps in good company and in a place that makes you happy.

More than ever, we’re a society used to recording moments in each others’ lives. From the big days like weddings and babies, down to the mundane but shared ground of daily life, there’s something inherently social about these snaps.

The best marketing today is similar. Showing up on communities like Reddit or being submitted naturally to a site like Product Hunt shows something significant about you. Someone writing about you because you’re worth talking about is them capturing a natural moment in your company’s life.

You’re not always going to enjoy it. You have to accept that sometimes it’s going to be unflattering. But if your company can’t stand the scrutiny of your audience exposing you from every angle, or nobody is talking about you at all, it’s better that you know.

No amount of selfie sticks, ‘beauty’ filters or orbiting drones are going to hide the fact you are holded up, alone in your room taking these snaps. It’s time to ignore these distractions and turn the lens on the world around you. If you make it the subject, you’ll be surprised how quickly it may return the interest in you.

In defence of Google+

Since day 1 in June 2011, Google was very clear about the motivation behind its Emerald Sea project: build a better Google.

People like Danny Sullivan have spent their time fundamentally misunderstanding even the clearest explanations:

When I asked Gundotra how many people are using Google+, he deftly told me I was looking at it wrong. “You have to understand what Google+ is,” he said. “It’s really the unification of all of Google’s services, with a common social layer.”

No, we’re not looking at it wrong. Google is just refusing to answer the question for its own reasons — which is probably because Google+ has far less activity as a standalone social network than either Facebook or Twitter. Perhaps even less than Pinterest, for that matter.

Right. That’s one possibility. Or you are just not listening to the poor man. But you wouldn’t be the only one. Comparing numbers of G+ posts to Facebook posts or any other network does not make sense if you consider their goals.

But it’s not without its virtues. For example, anyone who has tried to tackle big topics in 140 char without either linking many tweets together or ending up being glib and superficial will appreciate the extra scope that comments on Google+ posts allow. Or even the basic simplicity of being able to +1 someone’s response (which everyone can see, vs relatively hidden Twitter favourites) and say more than a hollow thumbs up tweet.

Google+ is not a Facebook killer (as some journalists have started to twig). Google+ is Search, Youtube, Gmail, Maps, Drive, Android, Hangouts and more. Google+ starts as the layer that runs through all its products but the real goal is its extension through the web. This is where the Google Authorship markup strategy has been so ingenious. Never has anyone had such a compelling reason to integrate a new way to share into your site.

It’s this kind of thinking that is gradually helping Google+ become the widely distributed fabric that it intends. Google doesn’t need to beat social networks in quantity of shares or visits to the stream — or indeed almost all the other areas that businesses like Facebook and co. care about — to get value from this initiative.

Why is this important? For most people, it’s not and although it’s a shame I can’t share all my photos with my university friends anymore like I could on Facebook, I can live with that.

But if you work in marketing, PR, digital, social, search — whatever you want to call our converging industry today — and you’re patting yourself on the back as you joke about this ‘ghost town’, it might be time to wake up and smell the +1s. It’s part of our job to look past the surface to understand things and offer that knowledge to our clients. Keep up.

Last summer, I left my agency to become an independent comms consultant. I was looking for new experiences and new challenges that would push the scope and breadth of my knowledge as much as they drew upon it. When Tradeshift asked me to come on board, it felt like I could tick a lot of those boxes in one place.

After an amazing year, I feel a changed man. Older, and maybe even a little wiser, I’ve learned a lot seeing a thriving international tech startup from the inside. And I’d like to think I’ve done my fair share to help get it where it’s going (bit more on that here.)

But some things haven’t changed — by definition, the craving for new experiences and challenges thrives on the variety that a more agency-like lifestyle brings.

So, I’m going independent, launching MaxTB Comms and looking for the opportunity to do more great work with great people.

If you know anyone looking for a fresh perspective on their strategy in areas like PR, Comms, Content, Social and Community:

A “formula” for landing page optimisation

How formal should your marketing experiments be?

too much formality — strictly enforced in all scenarios — could dramatically constrain the growth of grassroots marketing experimentation.

via How formal should your marketing experiments be? – Chief Marketing Technologist.

One of the best article about making marketing more scientific that also emphasises the importance of not letting that scupper your creativity. We’re all trying to find the balance but I think ultimately I’d still sacrifice more of the ‘science’ in favour of gut instinct and strategy.

Even with strict testing, you only get out the answer to the question you put in — and those options come back to your gut instinct and experience of what to include.

Imagine you have a stream of info with riveted users but all you can put in there is text. Want to expand the options? What better way than to introduce something for your users first and foremost that can be monetised in more powerful ways later on. Sponsored tweets are about to get more serious. END_OF_DOCUMENT_TOKEN_TO_BE_REPLACED

An interesting slide deck came to my attention today via @JordanStone, which takes a look at examples where companies have failed on social media.

But the key fact is that the story doesn’t end there – it then looks at what they did to recover and the intelligent moves they made to correct the situation or turn it into a positive.

There’s a lot of interesting stuff being written about failure today – seemingly a growing buzz around the idea that it does happen and you shouldn’t be afraid to take risks which might result in it. What matters is what you do next.

END_OF_DOCUMENT_TOKEN_TO_BE_REPLACED 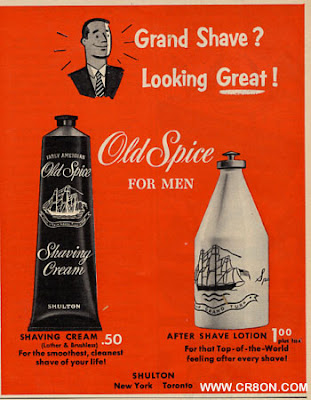 By now, you’ll have seen the excellent recent Old Spice ads as well as the ingenious @oldspice followup campaign.

But the thing is, as good as they are, its not going to make me buy old spice. And I don’t think I’m the only one. They’re amusing precisely because they take the piss out of the OTT manliness traditionally associated with the brand.