Why I’ll always have time for timesheets 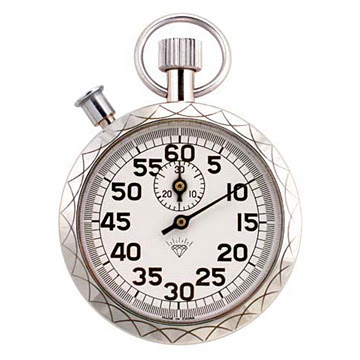 Graham Goodkind’s recent piece on why PR timesheets should be scrapped seems to over-simplify the issue.  Certainly, they’re an imperfect system as demonstrated by his stats showing how they are inevitably filled out with less than ideal accuracy.

But so’s democracy – as Churchill famously stated, it’s the “worst form of Government except for all others that have been tried” – and you don’t see us turning our back on that institutional bastion.

Instead, Graham focuses on the idea of selling ‘value’ as opposed to simple hours.

Realistically, we’re all working to a similar schedule- generally the standard 5 days a week with a few hours here and there for bits and pieces we couldn’t let go of.  And I think goes without saying that every PR agency aims to supply value and good ideas as standard or they’ll have bigger problems than admin on their plate.

But by making time the commodity, agencies have a baserate by which they can demonstrate the real value of their craft per hour.  If it takes one agency 10 hours to get a quality result that would have cost 8 hours elsewhere, that’s a less efficient business all round.

Beautiful on the inside too

Indeed, you could look at this as an internal issue- if your agency isn’t operating as efficiently as it can be in terms of time then it’s going to be harder (or more wasteful) for you to stay competitive.

By having timesheets as part of your system, surely this gives a better picture of how long work is taking to complete and therefore, how to operate at maximum efficiency? At the same time, it should mean you can evaluate your capital (workers) by how efficient they are being rather than simply who’s staying after hours every night to get stuff finished.

Give me green grass

When it comes down to it, there’s one element that has to be kept in mind.  By all means, bemoan the flaws in timesheets (although most can simply be attributed to improper execution of the concept) but if you can present to me a superior offering then I’m sure we’d all be happy to jump ship.

Until then, may Clicktime rule over us with its iron fist.

UPDATE: For more on the topic, have a read of Speed MD, Steve Earl’s post which appeared almost simultaneously to this one.